How To Start A Youth Theater » Plan For A Show

Once you have your goals and objectives for your organization or group formalized, it is time to get to work and start the planning for your production.

Whether your production is a one-time event or the beginning of a series of events, these following paragraphs of information will apply. We will talk about our theatrical program, established in 2000, as a means to describe our existence and offer suggestions to others. Granted, we are only expert in what we have done in the past because we have learned from our mistakes; we are still ‘learning’ about what our future ideas might bring.

Many established theater groups put together a season of shows for the community to review and attend. You might be a season ticket holder with such groups, or attend a series of community concerts offered on an annual basis.

Initial planning for such series’ usually takes place a year to 2 years in advance. Many groups do not have that luxury in community theater as we do not have a consistent actor base or a dedicated donor base to help finance a series. So we try to plan about 1 year in advance. One of the objectives is to keep the actors fresh, plus bring in new talent as often as we can. We have found that patrons do not like to see the same people on stage in every production; especially if the actors are not that polished. It is a delicate balancing act to meet the objective of the program and have an audience to help finance the performances.

Serious, sit down and lay out the map-type planning should begin at least 6 months prior to a show’s opening. By that time the venue has been chosen and the organization has an idea about the stage layout and venue amenities available to them. Here are some ‘obvious’ steps which must be taken, but they are the most important ones:

In casting, it is an important decision whether or not to pre-cast certain roles. Some roles can be pre-cast as it provides for strong, solid lead actors. Sometimes this entices others to participate; other times it causes kids to shy away. It is difficult to keep up with all of the ‘cliques’ in and out of school, but remember that without a strong lead, the show will fail.

Pre-auditioning and pre-casting qualified actors to play the lead roles also encourages the production team and director that the show will be good and is a boost for enthusiastic planning.

The Production team comprised of the producer, director, costumer, art designer, set designer, makeup designer, stage manager, volunteer coordinator, and publicity coordinator should meet often and work together to make the show a success. They meet approximately 6 months prior to the show auditions to get a feel for the show and define an approach to bringing the play to the stage.

Auditions take place at least 1 week before show rehearsals begin. Sometimes it takes longer to cast a show as there are some folks out of town or involved with other activities at the time of the auditions. In this case, make the newspaper announcements, newsletter announcements at least a month before the auditions and accept telephone calls, emails, text messages ahead of time from those who are interested in auditioning, but just will not be available. This is very reassuring to the director and producer that the interest for the play is strong.

Some organizations conduct a ‘casting call’ prior to auditions in order to determine who in the community is interested in auditioning. This gives the director an idea of a potential cast and, if not satisfactory interest, the director and others on the production team can ‘beat the bushes’ to get more talent interested in auditioning for the play.

Once the play has been selected, a poster design should be initiated. This is usually the first communication an organization has with the general public, so it is important to get done early in the schedule. Many designers use logos offered by the publisher to create their design.

Oftentimes the play publisher offers sample posters and other materials using a logo design for the show. Generally this actual logo artwork is available in black and white for free, or in color for a fee. If no ideas are given by the publisher, look into the play for an interesting scene, which might trigger an idea. Or, use a set design. The idea is to pique the interest of the reader; to cause a passer-by to stop and look at the poster.

We have found that posters with plenty of white space are most important for legibility and make for an eye-catching announcement. Also, choose fonts and colors that are legible from a distance of about 2 feet. Many people drive by announcement boards with posters and if they cannot read the poster, they continue on their way.

If you are still without a design for the poster, have one of the cast members or a student in the Art Department at the high school design a logo or idea for the poster. For example, Kristy L. Reddick, the sibling of one of our cast members, designed the “Wizard of OZ Artwork” 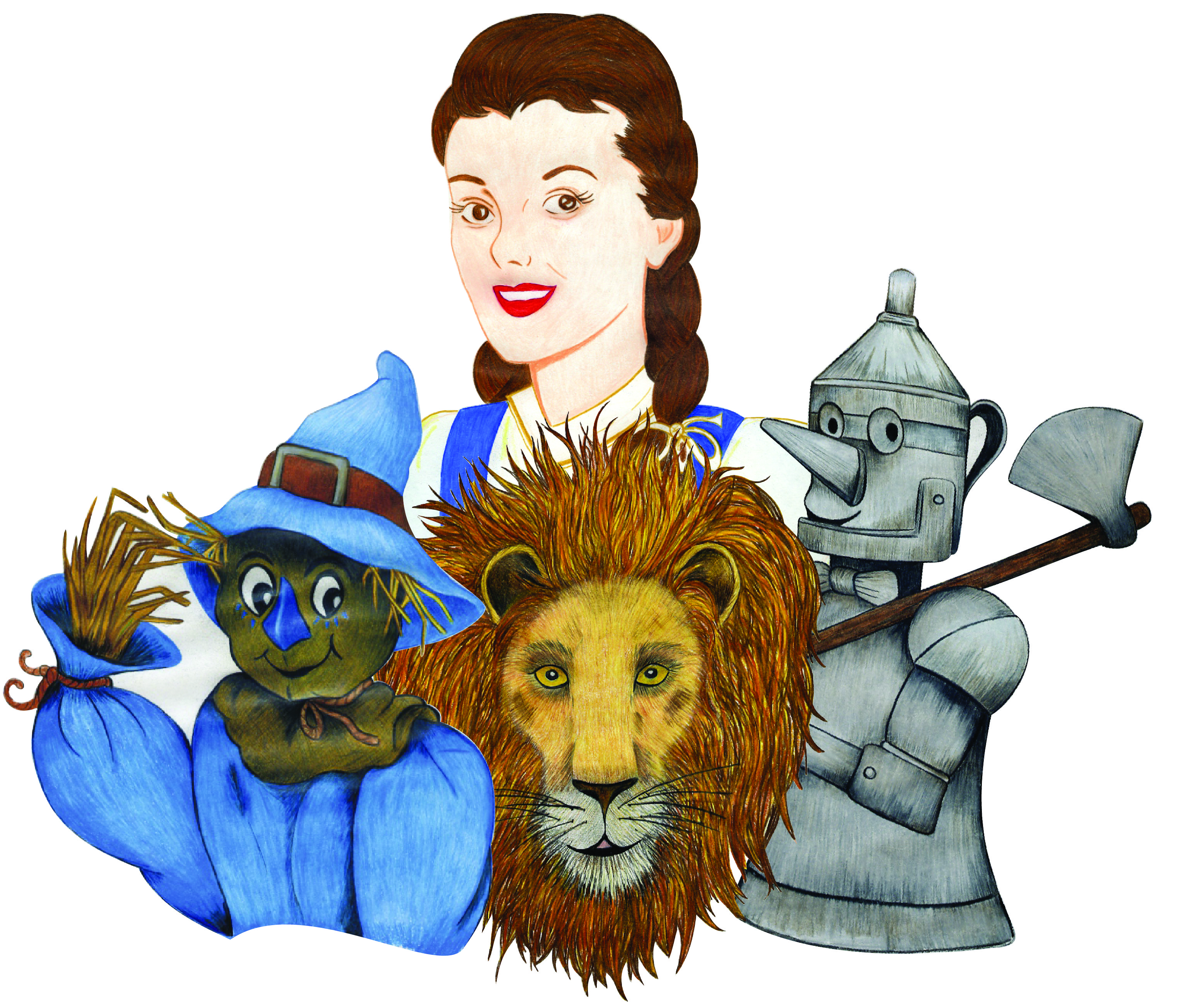 for the poster of the show. It was a beautiful design and gave an added element of interest to our production.

Once you pick a show, start talking with the costumer, set designer, construction coordinator. For large cast shows or commonly presented shows, the costumes are oftentimes already in the making or being collected before auditions occur. If this is the case, then all that needs to occur are the fittings and the making of specialty items (headpieces, robes, props, etc.)

Sources for costuming and props we have found to be invaluable are the local thrift, second-time-around shops, and antique shops. Some of these shops will actually loan out items for the show in exchange for advertising. This is definitely a plus for everyone.

Parents also have contributions to make in many instances. Never exclude the families who have talents and items to contribute.